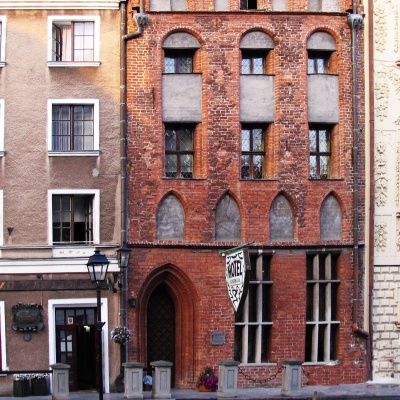 Court Bourgeois
0 / 5
Manor Bourgeois is a Gothic building which was founded in 1489 and build of materials remaining after the destruction of the castle of the Teutonic Knights. Court was the summer house of the Brotherhood of St. George who lived in Arthur's Court. It served mostly as recreational place. In the gardens were organized meetings during which they were shooting and drank beer. Today it houses the Centre for Cooperation Twin Cities Torun. To the building characterized by shallow recesses in the walls and turrets, belongs Guardhouse Tower.